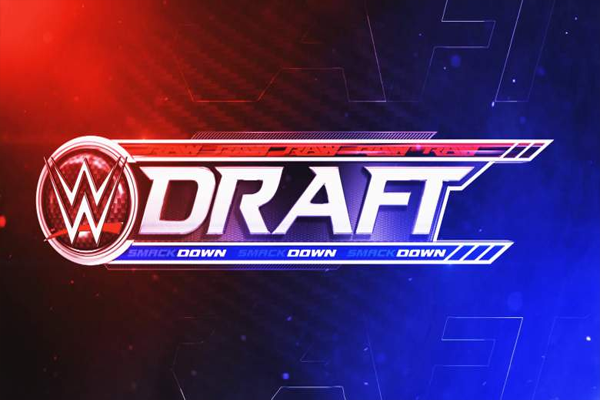 For NFL Fans, the last few months people have been bombarding you with Mock Draft after Mock Draft about this weekend’s NFL Draft. With the idea of a “New Era” phrase being tossed around in WWE in the last few weeks, I decided why not combine all of those subjects in to one big idea. Which is why I present to you the WWE New Era Mock Draft.

Here is how this is going to work. Like all Mock Drafts, they rank the talent in order from those who have the biggest potential to be a superstar to those who will fit in lower down the ranks. For the purpose of this Mock Draft I am going to take a look at both the WWE & WWE NXT rosters and rank the talent on how I see their potential going forward. When it comes to people on the WWE Main Roster, I have taken the people who have been on the WWE Main Roster who have been on the roster for less than five years.

1) Seth Rollins: This one is a no brainer, as Seth Rollins has all of the skills necessary to be the face of the WWE Franchise going forward. Whether he is portrayed as a Heel or a Babyface, Seth Rollins knows how to get a reaction from the fans and his in-ring ability is spectacular.

2) Finn Balor: His skill level is top-notch, he has the ability to tell a great story in the ring and when in the “Demon” Persona, he has one of the most unique looks on the WWE roster, that WWE can market and make a lot of money with.

3) Kevin Owens: This man knows how to be a heel. You will love to watch him get his ass kicked, but at the same time you will respect him for his in-ring ability. He is someone who will be your top number one or two heel going forward.

4) Bayley: As a company, WWE has one goal and that is put a smile on peoples faces and there is no one on in the company that does it any better than Bayley. All of the little girls want to grow up to be like her, the boys respect her and who doesn’t love a hug. When you are looking to replace John Cena, there would be no one better for all of the Make-A-Wish Stuff than Bayley. Then you look at her in-ring skill and she always knows how to get the crowd behind her and you always have a good time when Bayley is on TV.

5) Bray Wyatt: Based on potential, Bray Wyatt as the potential to be one of the most intriguing characters in WWE. He has the ability to deliver great promos and if you let him off his leash he can connect to the fan base.

6) AJ Styles: Everyone knows how Phenomenal he is. He has the in-ring talent that is second to none and has a chance to be a big star for the next few years. His downside is that he may have a short life span compared to others.

7) Roman Reigns: Continues to evolve as a performer and is still attempting to learn who he is. If he is able to figure out who he is, there will be no one who can stop him long term.

8) Sasha Banks: When you look at Sasha Banks, she has the passion to be the very best in the wrestling business. She has all of the tools to be one of the all time greats with in-ring ability, charisma, promo skills, she has it all. When she walks in to a room, she owns it.

9) Sami Zayn: One of the most likable personalities in the WWE today. Fans will always love to cheer him and rally behind him.

10) Dean Ambrose: While Dean Ambrose may never be the top babyface of the company, he has the ability to be the number two guy whether it is a heel or babyface. He has promo ability that matches the in-ring ability that will keep him on top for years to come.

11) Samoa Joe: Great in-ring performer, solid on the mic. If capitalized on, he can be a dominant monster force for the next five years.

12) Shinsuke Nakamura: Has true superstar potential. Fans love to see him compete, the only hold up would be if he can connect to the mass WWE audience.

13) Charlotte: Continues to grow as a performer and will be one of the main staples of the WWE Womens Division for years to come. Solid in-ring worker, has the ability to draw a reaction.

14) Cesaro: One of the best in-ring workers on the entire roster. His only hold up is his promo abilities, which are improving on a weekly basis. The more you let him be true to himself, the skys the limit for him.

15) Paige: One of the best hands on the roster. She has good in-ring and promo skills, which will make her one of the backbones of the WWE Womens Division for years to come.

16) Becky Lynch: Just like Paige, good in-ring worker, solid promo skills and can put on a good match up with just about anyone.

17) Enzo & Big Cass: They have the potential to be the modern day New Age Outlaws with their ability to connect with the audience. The key for them will to keep things fresh and not get stale.

18) Asuka: Talented worker, only hold up will be if she can’t connect with the large WWE Audience.

19) Rusev: Will be one of the main stays in the WWE mid-card for years. Talented worker and knows how to draw heat from the crowd.

20) American Alpha: Solid performers who know how to have really good matches. If they learn how to mix things up, they have the chance to be really good for the next decade.

21) Anderson & Gallows: Solid workers and will be a dominant force in the WWE Tag Team Division.

22) Baron Corbin: If he continues to grow and improve on his in-ring skills, he has the potential to be a solid WWE worker.

23) The Wyatt Family: As a group, the trio can be a solid backbone for the WWE Main Roster. When you combine them with Bray Wyatt, there is no stopping the group and their stock as unit will rise.

24) Austin Aries: Everyone knows his in-ring talent, he is really good. Size will play a factor.

25) Apollo Crews: Needs to work on his promo ability and his ability to connect with the audience, if he is able to master that part, he will be around for a while.

26) Hideo Itami: If healthy, he can be a factor on the WWE Main Roster.

27) Ryback: Vince loves big guys and Ryback is The Big Guy, so he will always have a spot as long as Vince McMahon is in charge.

28) The Vaudevillains: They need to figure a way to get the audience to connect to them like they did down in NXT, if they do, they will last for a while on the WWE Main Roster.

29) Tyler Breeze: Has the potential to have the career of Christian. Hopefully WWE lets them capitalize on that potential.

30)Nia Jax: Has the chance to be a dominant heel monster in the WWE Womens Division a few years down the road.

There you have it, the first ever WWE Mock Draft. Agree? Disagree? Leave me feedback and feel free to tweet me @WildTalkRadio.