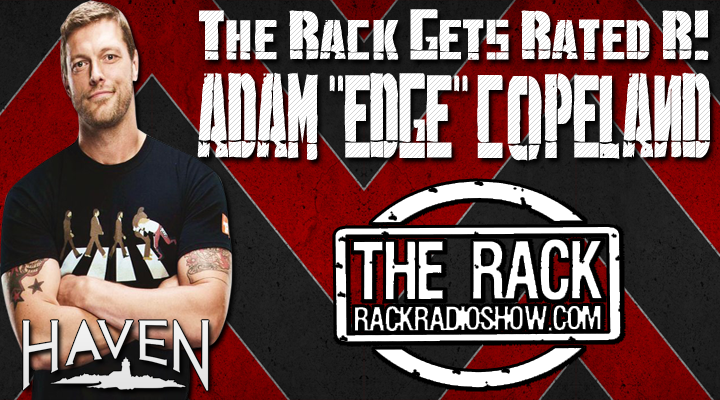 On this week’s edition of the Multi-Time Award Winning, The Rack, Lindsey Ward and Sir Rockin covered all of the latest news in the world of professional wrestling presented by PWmania.com. Stories covered the release of the WWE 2k15 Trailer, Arda Ocal joining WWE, the recent changes made by Vince McMahon including his changes of Monday Night RAW, what he thinks of Total Divas and More.

We then had a chance to speak to one of the stars of the Syfy Television Series Haven, Adam “Edge” Copeland. Subjects talked about in the interview including what to expect in the latest season of Haven, how he has transition from Wrestler to Actor, fatherhood, His favorite moments with Christian, does he miss wrestling in front of live crowds and so much more in a 25 minute interview.

Then we took a look back at this past sunday night’s WWE Night of Champions Pay Per View. We gave our thoughts on all of the matches on the show including the great WWE Divas Championship Match between AJ Lee, Paige & Nikki Bella, the WWE Championship Match between Brock Lesnar and John Cena, our thoughts on that finish and all of the other goings on from this past sundays WWE Night of Champions.