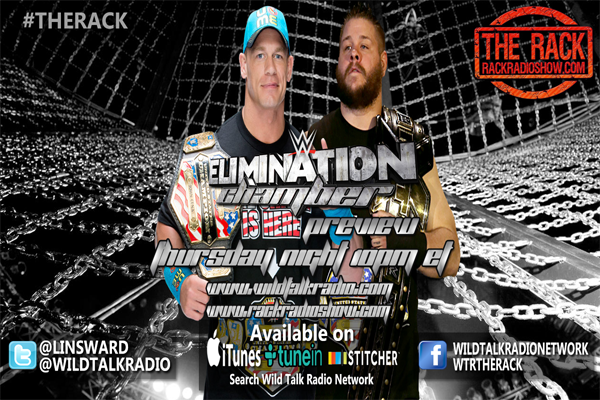 On this week’s edition of the Multi-Time Award Winning, The Rack returns to the airwaves with your hosts Lindsey Ward & Sir Rockin. On the program this week we gave you the latest news in both WWE & TNA brought to us by PWMania.com & TNASylum.com which includes:

We looked at this week’s edition of WWE NXT on the WWE Network featuring all of the fallout from NXT Takeover:Unstoppable with Kevin Owens, Bayley taking on Emma, the tag team champions Blake & Murphy in action and more. We also gave our thoughts on the awesome interview with the Four Horsewomen of NXT on WWE.com and why we believe they are the future of Womens Wrestling in WWE.