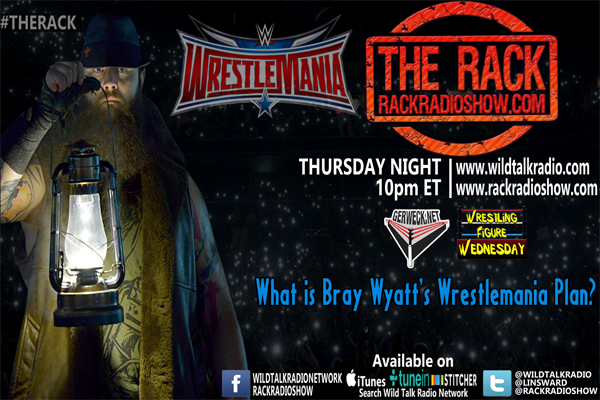 On this week’s edition of the Multi-Time Award Winning, The Rack returned with your hosts Lindsey Ward & Sir Rockin. On the program this week we will be gave you the latest news in both WWE & TNA brought to us by Gerweck.net & TNASylum.net which includes:

We will talked all about this week’s edition of WWE NXT on the WWE Network, which featured Finn Balor vs Neville, The Vaudevillians & The Drifter in action, the debut of Austin Aries, plus the build to Samoa Joe & Sami Zayn Continues!

We also talked about the change in plans for Bray Wyatt at Wrestlemania and what do you actually do with Bray Wyatt on the grandest stage of them all, along with how WWE is wasting Bray Wyatt.