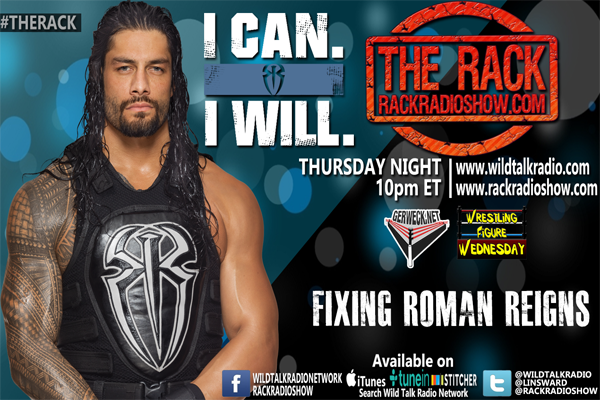 On this week’s edition of the Multi-Time Award Winning, The Rack returned with your hosts Lindsey Ward & Sir Rockin. On the program this week we gave you the latest news in both WWE & TNA brought to us by Gerweck.net & TNASylum.net which includes:

We also talked all about this week’s edition of WWE NXT on the WWE Network, which featured the crowning of new Number One Contenders for the NXT Tag Team Championships when The Vaudevillains battle American Alpha, Bayley & Asuka team up to take on Eva Marie & Nia Jax, Sami Zayn’s NXT Takeover:Dallas opponent announced and more. As well we gave our quick review of WWE Roadblock featuring Dean Ambrose & Triple H.