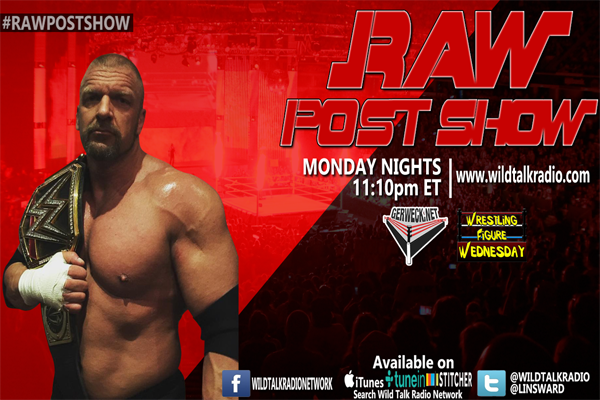 *#KOMania takes shape, but not the way that Kevin Owens had hoped
*Roman Reigns lacks intensity, but assaults the WWE Champion again
*Vince McMahon makes an announcement regarding the career of The Undertaker
*A Random Terry Funk appears and gifts Dean Ambrose a chainsaw

Check it all out on this week’s edition of the RAW Post Show Presented by “Wrestling Figure Wednesday” and Gerweck.net.