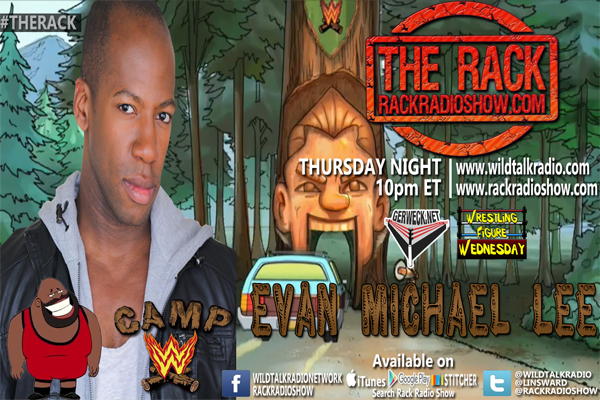 *Injury Round Up: Matanza & Angelico
*Rich Brennan gone from WWE
*What is going on with Ric Flair

As a Bonus we gave you live coverage of the NFL Draft throughout the entire show.

We will talked all about this week’s edition of WWE NXT on the WWE Network, which featured the footage of the Samoa Joe NXT Championship win, The Drifter vs Shinsuke Nakamura, Asuka vs Eva Marie and more! Also, we talked about the Breaking News of Eric Young debuting in WWE NXT!

We also previewed this Sunday’s WWE Payback Pay Per View on the WWE Network featuring Roman Reigns vs AJ Styles for the WWE Championship, Kevin Owens vs Sami Zayn, Charlotte vs Natalya for the WWE Womens Championship and more.

If that wasn’t enough we were joined by Evan Michael Lee, the voice of Mark Henry in the upcoming WWE Network series, Camp WWE. We talked with Evan about the process of getting the role of Mark Henry, the concept of the show and all things Camp WWE.