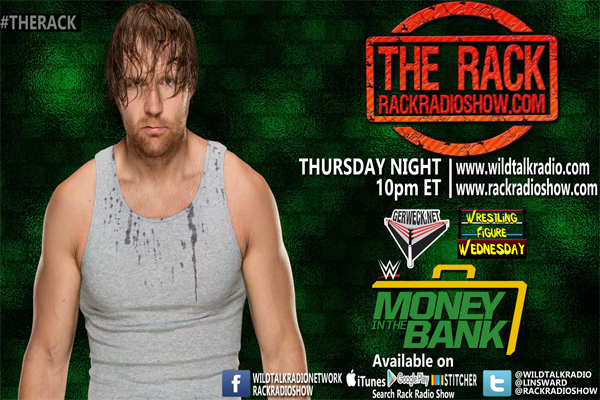 We talked all about this week’s edition of WWE NXT on the WWE Network, which featured Shinsuke Nakamura vs Murphy, Bayley returning to the ring, Austin Aries dancing with No Way Jose and More!

We will also reviewed WWE Money in the Bank 2016 featuring Roman Reigns & Seth Rollins for the WWE Championship, AJ Styles vs John Cena, the Money in the Bank Match and more. We reviewed all of the match ups and see how well we did against the Magic 8 Ball.

Check it all out on this week’s edition of Gerweck.net & “Wrestling Figure Wednesday”.