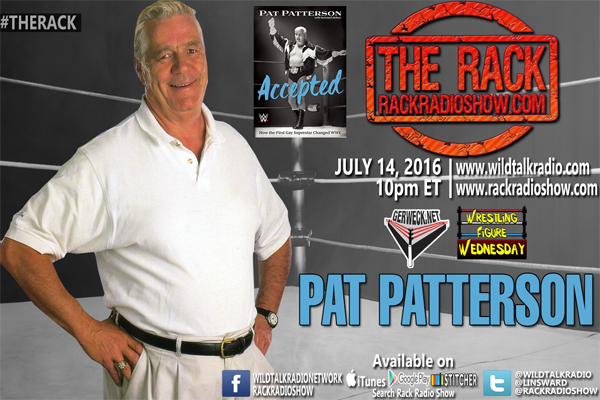 We talked all about this week’s edition of WWE NXT on the WWE Network, which featured Shinsuke Nakamura & Finn Balor, along with a confrontation with Samoa Joe & Rhyno.

We also talked all about the upcoming WWE Draft this Tuesday on Smackdown. We will give our thoughts on who is going wear, who the general managers will be and so much more.

If that wasn’t enough, we talked with WWE Hall of Famer Pat Patterson about his brand new book Accepted, which comes out on August 9th. We talked to him about his new book, who he thinks has the potential to break out in WWE, the Royal Rumble and more.

Check it all out on this week’s edition of The Rack presented by Gerweck.net & “Wrestling Figure Wednesday”.