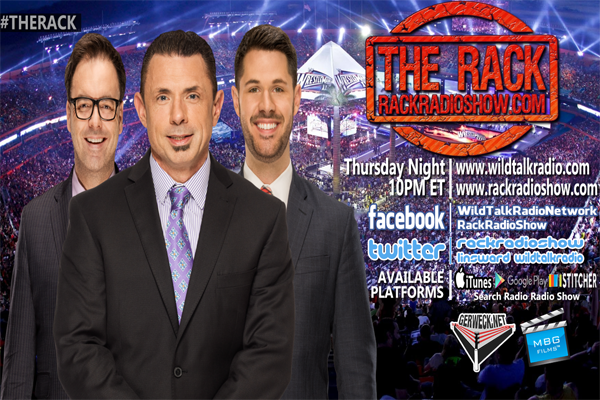 We discussed the possibility of Michael Cole taking on a new role with in WWE and if he were to step back, where it would leave the WWE Announcing Situation.

We also gave you the Smackdown Throwdown featuring LaLuchadora Revealed, Cena stirs the pot, Wyatt Family bond continues to break and more. Plus we gave you the NXT Rundown featuring the NXT Championship Contract Signing, Sanity grows stronger and more.

Check it all out on this week’s edition of The Rack Presented by Gerweck.net & “Wrestling Figure Photography”.