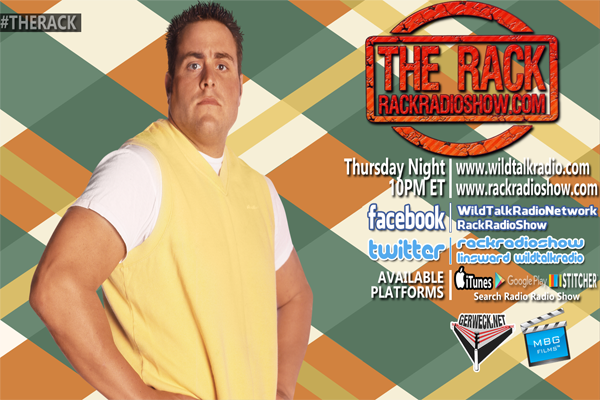 On this week’s edition of the Multi-Time Award Winning, The Rack returned with your hosts Lindsey Ward & Sir Rockin. On the program this week we gave you the latest news in both WWE & TNA brought to us by Gerweck.net which included:

We gave you the NXT Rundown featuring Bobby Roode defending the NXT Championship against Kassius Ohno, The Tag Team Title situation for NXT Takeover:Orlando gets cleared up & More.

We also gave you the Smackdown Throwdown including Bray Wyatt sends a message to Randy Orton, John Cena & Nikki Bella continue to get in to with Maryse & The Miz, AJ Styles destroys Shane McMahon and gets fired and more.

If that wasn’t enough, we were joined by former WWE Superstar and member of the Mean Street Posse, Pete Gas! Pete joined the show to talk about his new book, his career in wrestling, his thoughts on Shane McMahon’s WWE Return, the potential AJ Styles vs Shane McMahon match and more.