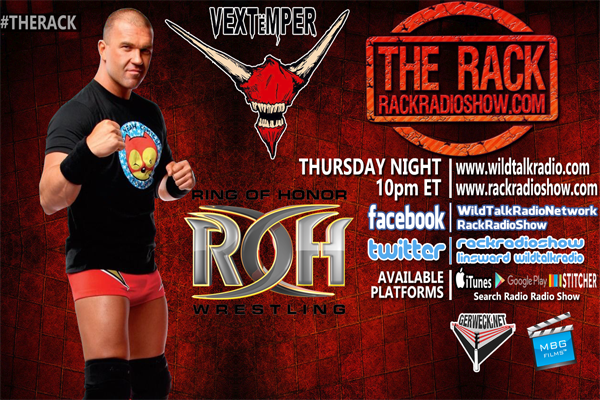 On this week’s edition of the Multi-Time Award Winning, The Rack returned with your hosts Lindsey Ward & Sir Rockin. On the program this week we gave you the latest news in both WWE & Impact Wrestling brought to us by Gerweck.net which included:

We gave you the NXT Rundown featuring the end of the Shinsuke Nakamura Era, Bobby Roode’s next challenger, Tye Dillinger battles Eric Young in a Cage Match and more. Plus we looked at Lindsey’s trip last week to the NXT Live Event in Atlanta.

If that wasn’t enough, we were joined by Ring of Honor Star, Frankie Kazarian to talk about his band VexTemper, his time in Ring of Honor, the Star Wars Trailer and more.