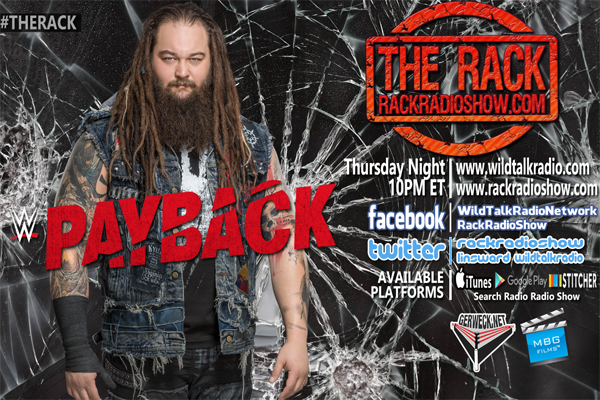 On this week’s edition of the Multi-Time Award Winning, The Rack returned with your hosts Lindsey Ward & Sir Rockin. On the program this week we gave you the latest news in both WWE & Impact Wrestling brought to us by Gerweck.net which included:

We also gave you the Smackdown Throwdown including The Fashion Police beating The Clock, Jinder steals the WWE Championship, The Mean Girls mean business and more.

We also previewed this Sunday’s WWE Payback event which includes the House of Horrors Match between Bray Wyatt and Randy Orton, Kevin Owens vs Chris Jericho for the US Title, Braun Strowman vs Roman Reigns and more!