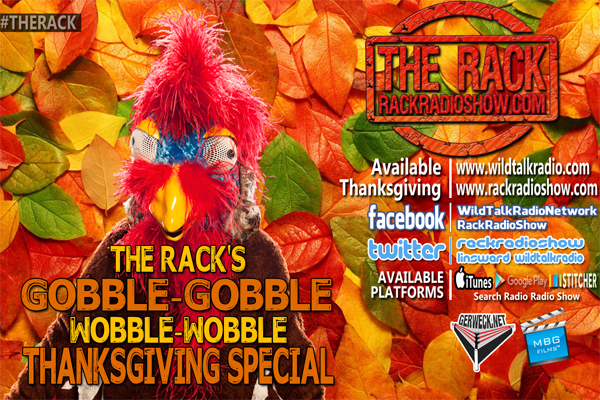 On this week’s special edition of The Rack, its the Gobble Gobble Wobble Wobble Thanksgiving Special with your hosts Lindsey Ward & Sir Rockin.

We gave you our thoughts on this Past Sunday’s WWE Survivor Series Pay Per View which included Seven Brand vs Brand Matches up featuring AJ Styles vs Brock Lesnar, Kurt Angle & Triple H wrestling, New Day vs The Shield and More!