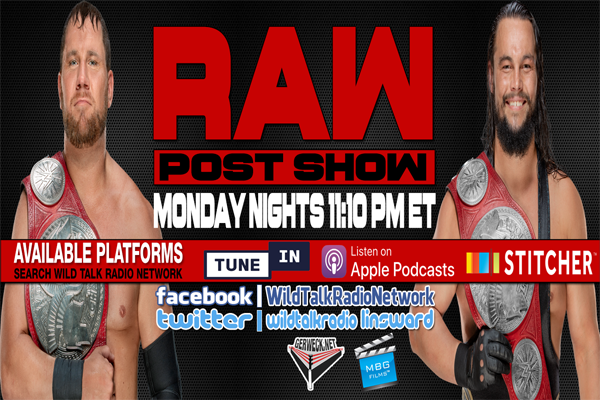 On this week’s edition of the RAW Post Show, Sir Rockin and Lindsey Ward recapped everything that went down on this weeks edition of Monday Night RAW. Topics on the show included:

*Brock Lesnar Returns to RAW; F-5’s Kurt Angle & Chokes Out Paul Heyman
*Brock Lesnar reads a magazine
*Ronda Rousey gets in a confrontation with Alicia Fox
*The B-Team’s have a couple of new challengers
*Roman Reigns drops the B Word

Check it all out on this week’s edition of the RAW Post Show Presented by Gerweck.net & “MBG Films”.