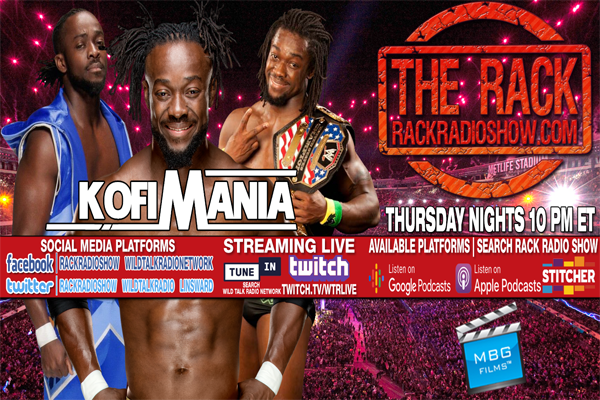 We dove in to this week’s NXT with the NXT Rundown which includes the future of the NXT Championship.

We then dove in to the Smackdown Throwdown featuring the latest build to Wrestlemania and we will be discussing the fallout of KofiMania and the outage that certain fans are having surrounding the story.