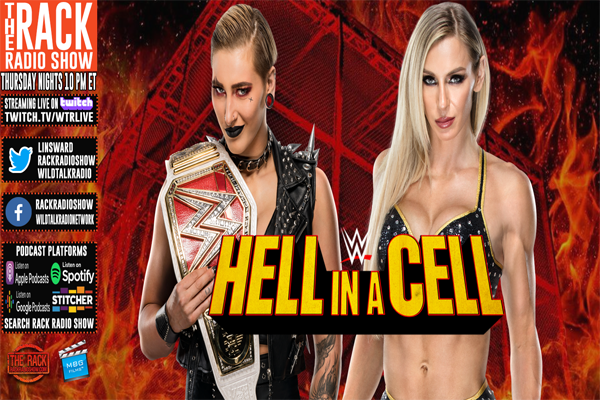 On this week’s edition of the Multi-Time Award Winning, The Rack returned with your hosts Lindsey Ward & Sir Rockin. On the program this week we previewed this Sunday’s WWE Network Event, WWE Hell in a Cell.

We talked about all of the matches including the match that has been moved to Smackdown between Roman Reigns and Rey Mysterio, what is next for Drew and Bobby and more.

We also gave you a little bit of the NXT Rundown which featured the return of Samoa Joe and LA Knight laying out the Million Dollar Man.