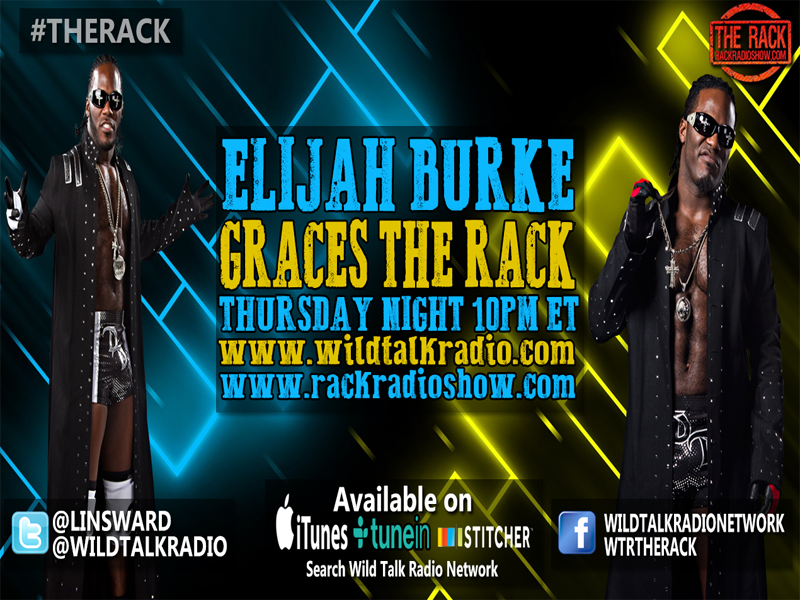 On this week’s edition of the Multi-Time Award Winning, The Rack returned to the airwaves with your hosts Lindsey Ward & Sir Rockin. On the program this week we gave you the latest news in both WWE & TNA brought to us by PWMania.com & TNASylum.com which included:

We were also joined by Former WWE & TNA Superstar Elijah Burke to talk about his involvement with a new filmed project called Wounded (https://www.indiegogo.com/projects/wounded-film), his charity work, his thoughts on Sting vs Triple H, his love for Sting, being apart of TNA Wrestling, the wrestling future of Elijah Burke and so much more.

We will also looked at this week’s edition of WWE NXT which featured the in-ring return of Sami Zayn as he takes on Rhyno, along with the debut of Dana Brooke. We will also gave you the highs and lows of Smackdown as well.