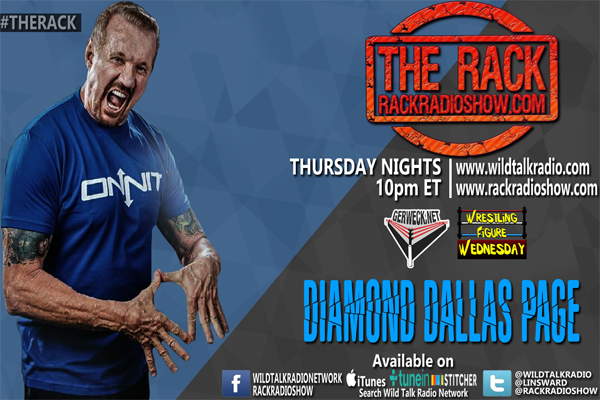 We talked about this week’s edition of WWE NXT on the WWE Network, which featured Apollo Crews vs Finn Balor, Carmella Battles Emma, Enzo & Cass in action, William Regal makes a decision about the NXT Championship Number One Contender & More!

We also welcomed to the show former WCW World Champion, Diamond Dallas Page. Topics we will discussed with him included The Resurrection of Jake The Snake Film, the growth of DDP Yoga, bonding with Jake Roberts, Helping AJ Styles & More!