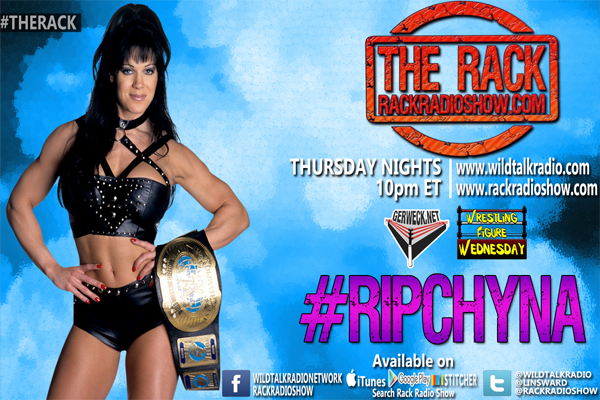 On this week’s edition of the Multi-Time Award Winning, The Rack returned to the airwaves with your hosts Lindsey Ward & Sir Rockin. On the program this week we gave youthe latest news in both WWE & TNA brought to us by Gerweck.net & TNASylum.net which includes:

We talked all about this week’s edition of WWE NXT on the WWE Network, which featured Apollo Crews vs Samoa Joe, The Debut of No Way Jose & More!

We looked at the state of TNA Wrestling, including the recent rumors of a possible sale of TNA. We will also look at what can be done to help reinvent TNA Wrestling going forward.

As well, we looked back at the life & times of Chyna who passed away on Wednesday Night.