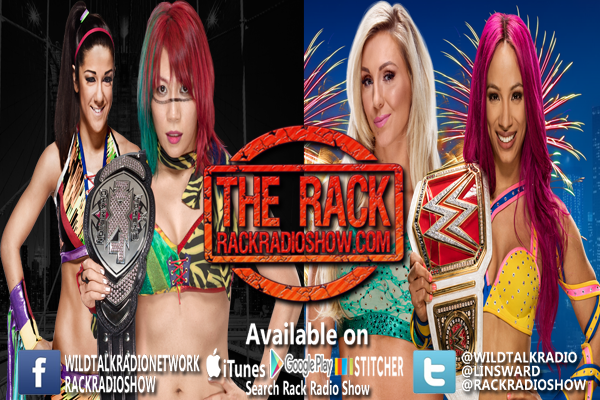 We talked all about this past Saturday Night’s NXT Takeover: Back to Brooklyn, giving a complete & in-depth review of all of the matches including Samoa Joe vs Shinsuke Nakamura, Bayley vs Asuka, the Glorious Debut of Bobby Roode and more. The show was so big that we had to call in our NXT Correspondent Omega from Wrestle Talk Radio.

We also gave you a complete review of this past Sunday’s WWE Summerslam Event featuring the first ever WWE Universal Championship Match with Finn Balor and Seth Rollins, Brock Lesnar vs Randy Orton, Charlotte and Sasha Banks for the WWE Womens Championship, Dean Ambrose & Dolph Ziggler for the WWE Championship and more.

Check it all out on this week’s edition of The Rack Presented by Gerweck.net & “Wrestling Figure Photography”.