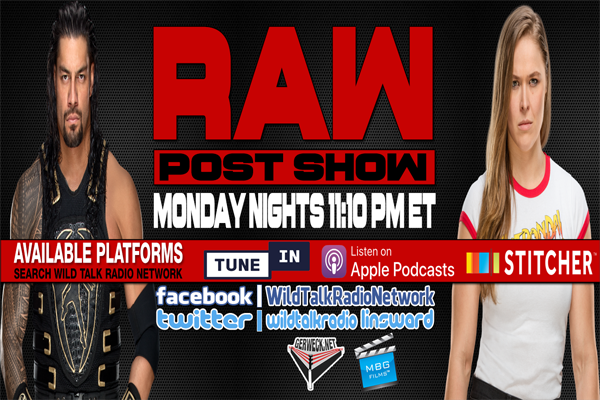 On this week’s edition of the RAW Post Show, Sir Rockin and Lindsey Ward recapped everything that went down on this weeks edition of Monday Night RAW. Topics on the show included:

*Alexa Bliss sets a trap for Asuka
*Bayley shows a backbone
*John Cena challenges THE UNDERTAKER or not?
*Roman Reigns shoots on Brock Lesnar
*Ronda Rousey vows to rip Stephanie’s arm out of the socket
*Who was in the limo?

Check it all out on this week’s edition of the RAW Post Show Presented by Gerweck.net & “MBG Films”.