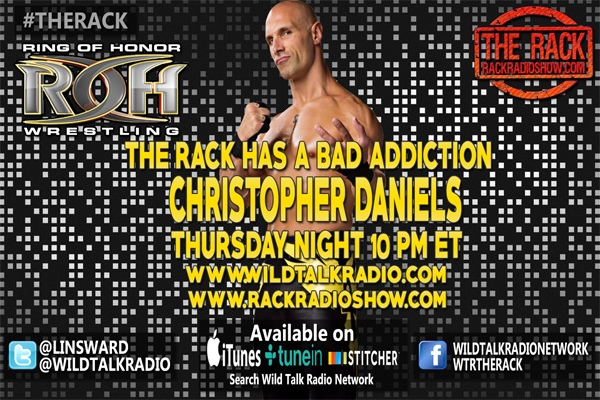 We previewed this Sunday’s WWE Money in the Bank Pay Per View previewing all of the top matches on the show including the WWE Championship Match between Seth Rollins and Dean Ambrose, The Money in the Bank ladder match and more.

We also looked back at this week’s edition of WWE NXT on the WWE Network featuring the in-ring debut of Samoa Joe, Becky Lynch in action, Tyler Breeze in action and more.

IF that wasn’t enough we were joined by One Half of the Ring of Honor Tag Team Champions, CHRISTOPHER DANIELS, who talked to us about the Dream Tag Team Match when he faces AJ Styles & Samoa Joe in Samoa Joe’s final ROH Match, his thoughts on Social Media in wrestling, ROH on Destination America, Captain America, Spiderman & More.