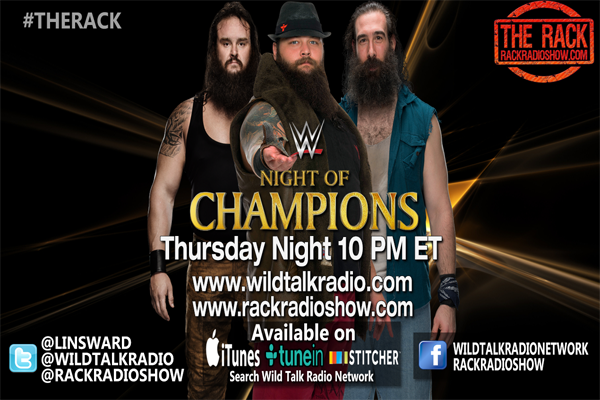 On this week’s edition of the Multi-Time Award Winning, The Rack returned to the airwaves with your hosts Lindsey Ward & Sir Rockin. On the program this week we will be gave you the latest news in both WWE & TNA brought to us by PWMania.com & TNASylum.net which includes:

We reviewed this week’s edition of WWE NXT on the WWE Network which featured the debut of Asuka, Tyler Breeze taking on Bull Dempsey, the NXT Tag Team Championship Match with The Vaudevillains & Blake & Murphy and more.