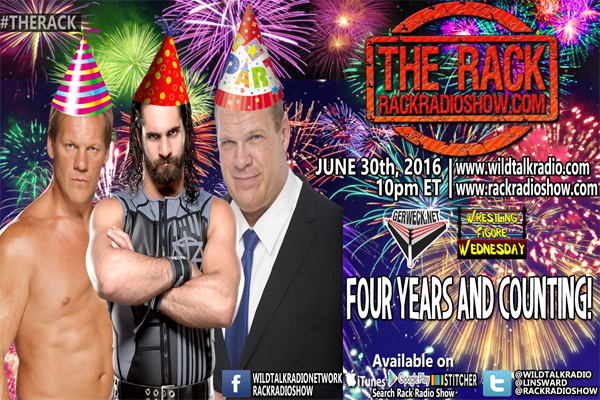 We talked all about this week’s edition of WWE NXT on the WWE Network, which featured Alexa Bliss vs Carmella, great interviews with Shinsuke Nakamura & Finn Balor, Hype Bros vs Gargano & Ciampa and more!

We celebrated Four Years of The Rack by doing our twice a year segment called, Ask The Rack, where we answered all of your questions that were submitted to us, which is always a lot of fun.