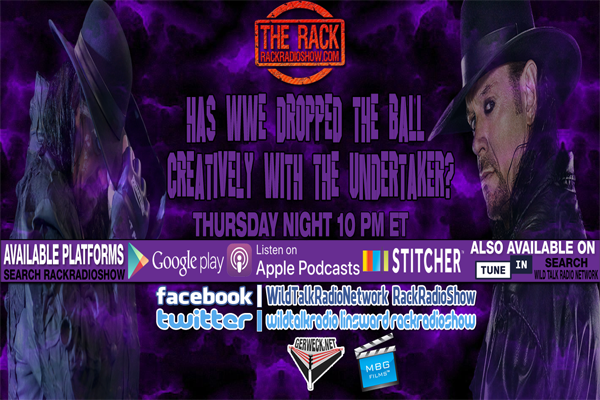 We looked at how WWE has creatively dropped the ball with the Undertaker character over the last few years and how it could affect his legacy.

We had the Smackdown Throwdown featuring Daniel Bryan’s Wrestlemania announcement and more. We also had the NXT Rundown featuring the debut of EC3, Ciampa and Gargano announced, Dusty Rhodes classic semi-finals and more.