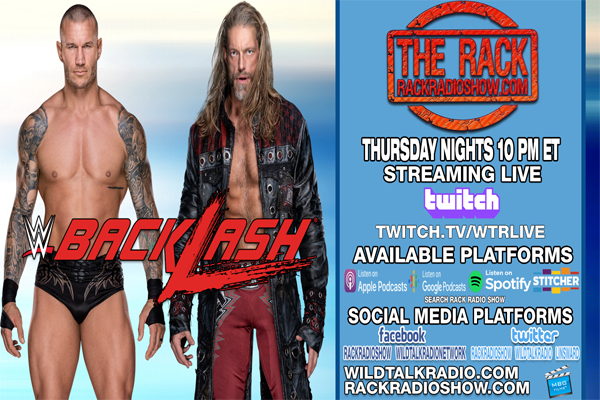 We then gave you the NXT Rundown which featured Adam Cole against Dexter Lumas, Scarlett’s big reveal, Drake Maverick getting attacked and more.

We then previewed this Sunday’s WWE Pay Per View, Backlash, featuring two championship matches and the Greatest Wrestling Match Ever and more.