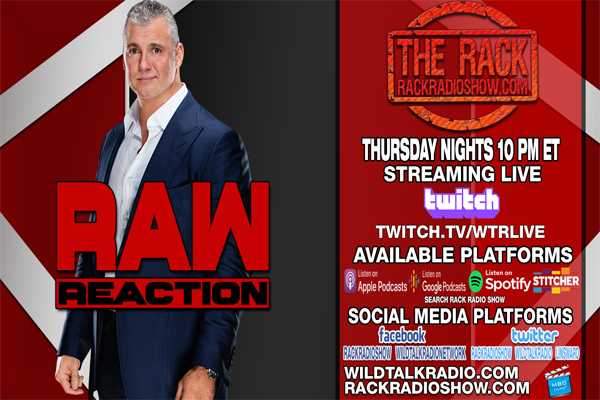 We gave you RAW Reaction to RAW Underground and the supposed new stable, plus the highs and lows from the show. We also gave you some Smackdown Throwdown looking at the Bray Wyatt/Alexa Bliss angle and more.

We also gave you the NXT Rundown recapping everything that went down on NXT including Pat McAfee and Adam Cole match that has been setup for NXT Takeover.