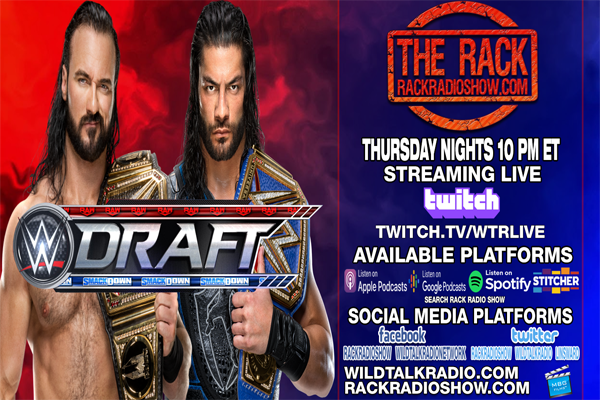 We reviewed this week’s episode of NXT featuring the North American Championship Match, the crowning of new number one contenders, the latest with the Gargagnos and more.

We then looked back at the WWE Draft, breaking down all of the draft picks, who got the better end of the draft and more.